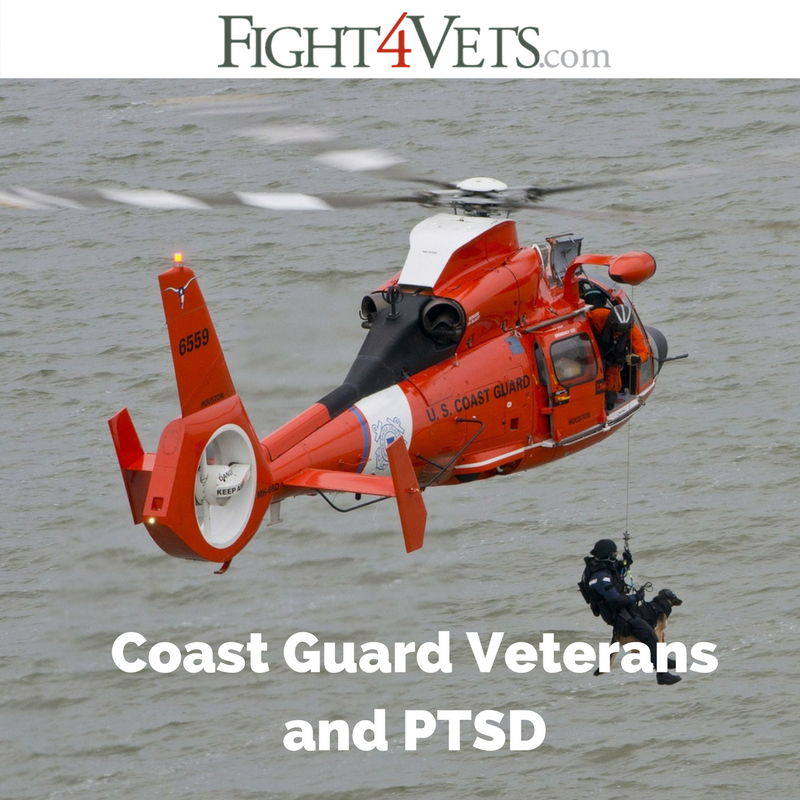 Anyone who has read this blog before knows that I am a huge fan of the US Coast Guard. Just last week I returned to Cleveland, Ohio and took just as many pics

What are some stressors for Coast Guard Veterans? One of the first instances I think of pertains to any Coast Guard Vet who worked in search and rescue. Often time these individuals are exposed to a lot of death and tragedy. The Coast Guard is often dispatched in cases of missing persons or when ships and boats go missing near our shores or rivers. These search and rescue missions happen quite often, and they don’t always end well. Repeated exposure to the death of civilians can lead to PTSD.

One area that must be considered also is any type of severe physical injury. With the type of work that the Coast Guard does, injuries can occur quite often. A few Coast Guard Veterans I’ve spoken to have described near-drowning events in their stressors. Any situation in which you are fearful of your life can result in a traumatic experience.

Another area in which a stressor can exist would be if a member of the Coast Guard was physically or sexually assaulted. This occurs often in all branches of the military, and the Coast Guard is no different. It’s quite common for this type of experience to lead to PTSD symptoms, especially if the Veteran fails to report the assault.

Some individuals in the Coast Guard have to enforce maritime law. They are essentially performing the same duties as police officers, only in a different capacity. These Vets are often exposed to a lot of criminals and can be involved in physical altercations, just like police officers. However, unlike typical police officers, these Veterans often encounter many foreign and domestic terrorists, drug dealers, and criminals.

If you are a Coast Guard Vet and are curious about your PTSD claim, call us today for a free consultation. We’d be happy to talk to you about the services we offer. Our toll-free number is 1-877-526-3457! If you can’t talk now, fill out this form so that we may call you at a better time.