Plenty of veterans have struggled with long battles with the VA, but few, if any, have battled longer than Ivan Figueroa. For more than 30 years Figueroa has been appealing, filing, haggling, and arguing with the VA. 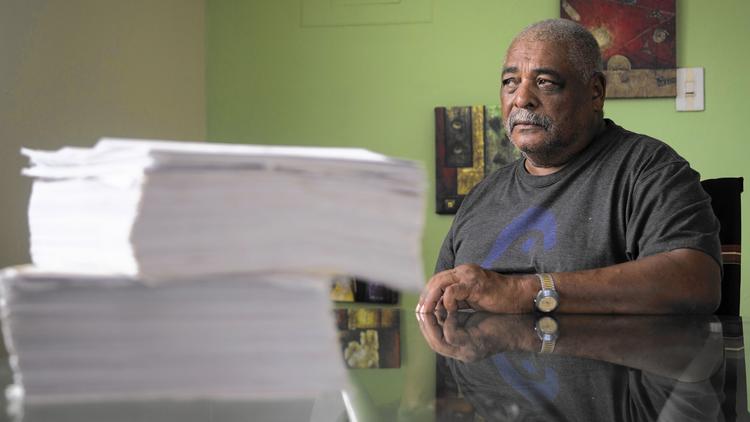 Ivan Figueroa with the paperwork for his VA Appeals (Erika P. Rodriguez / For The Times)

The first claim was filed in 1985 after Figueroa was in a car accident while training with the Puerto Rico Army National Guard. This claim, which listed several different conditions, was denied by the VA.

While driving in a jeep he was suddenly thrown from the jeep after it hit an object in the road. The accident left Figueroa with two broken arms. The VA agreed that his injuries were service-connected, but they did not award a disability rating.

Figueroa claimed this incident affected the use of his wrist, hand and finger, but the VA disputed by saying this disability came from an accident a few years earlier that was not service-connected.

So Figueroa appealed, and kept appealing. However, the VA kept denying. Finally, the VA awarded Figueroa a 60% disability rating. Later the VA decided Figueroa qualified and was unemployable, so they increased his rating to 100%. Figueroa is still fighting for retroactive payments.

To date, the VA has issued well over 24 rulings in this case, but Figueroa (now 66-years-old) has no intentions of quitting.

“I’m never going to give up, I don’t care how long it takes.”